It’s hard to find good female role models who are willing to selflessly mentor and shape young proteges. When I reflect, I feel grateful that I have been blessed on this front. Today, I want to tell you about BCC, the boss I initially flagged as “bitchy cracker-crazy” but grew to love and admire.

My introduction to BCC was not the best. We both have dominant personalities and, alas, believed we were always right. Though we didn’t start off on the best of footing, over the 2 1/2 years that we worked together, she became someone I looked up to, more or less my mentor. In fact, knowingly or not, she helped to shape the person and professional that I am today to the point where, depending on the situation, I will find myself considering, “What would BCC do?”

Here are some lessons that she, wonder woman that she is, taught me:

I once prided myself on my ability to be friendly with people to the point where they would spill their guts to me but leave the conversation, thinking they knew me. The truth is, they knew nothing.

BCC was the first person to call me out on it. During one of our one-on-ones, she shared a story about her send-off at one of her early jobs. During her send-off, her manager commended her on her work ethic but indicated that, despite working together for a long period, he did not know her. They had worked together for a while but never truly made a connection.

That story was a mini wake up call for me. I did not want to go through life pretending to connect with people. So, I made a decision to connect and build relationships. When I parted ways with that company, I left with many treasured friendships.

A year ago, I paused to assess what my career vision statement. This part flowed naturally: “Not just doing a job but connecting with and positively impacting the people I come in contact with.” 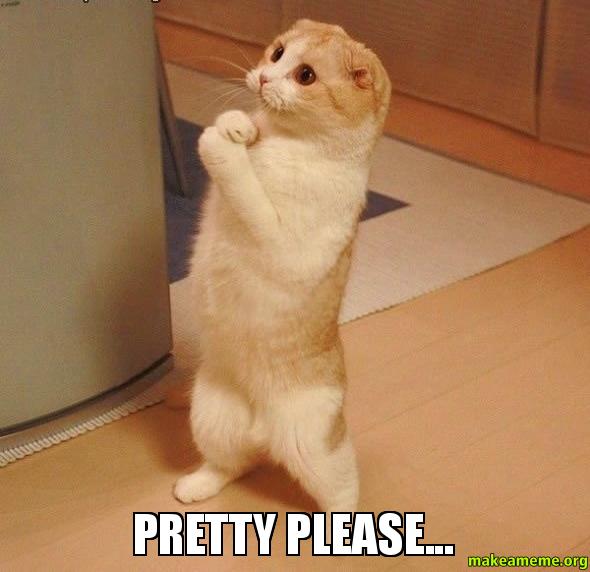 My dominant personality often made me overlook the importance of saying “please”. As a project management consultant, this was not the best way to go through projects. I did not notice the deficiency until one day I sent an email requesting that someone complete some activities. Of course there was no “please” in sight. A few minutes after, I saw an email (sent to me alone) from BCC. It simply read “Please.”

Over the course of my first few months of working with her, I got many of those little reminders until I got it right. Now, like autopilot, I never forget to include a “please” and/or “thank you” in my conversations and emails. I like to believe that that’s part of the reason why persons don’t mind doing things for me when I make the request. 😊

NUMBER 3: NEVER SEND AN EMAIL FROM A PLACE OF ANGER. 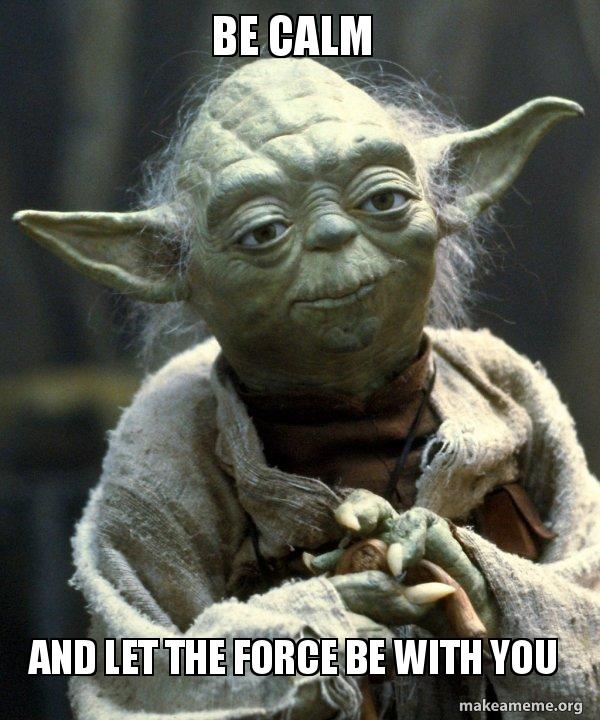 In 2017, I had my first television interview. Whilst invigorated by the experience, I was upset by the waiting period and experience and the lack of courtesy that was demonstrated by the television team while I waited to go on set.

Following the interview, I decided that I would send an email to the producer who had invited me, documenting my experience. After writing the email, I asked BCC and another coworker to review. The feedback was simple: “Don’t send this, it will damage your character.” Though annoyed, I listened and rewrote the email under their guidance.

Over the course of the next few years, BCC became my “upset” email proof-reader. I never send out an email in anger and tried to ensure that I got her feedback to ensure that it was anger-free.

NUMBER 4: IF YOU ARE PASSIONATE ABOUT SOMETHING, STAND UP FOR IT!

BCC and I were the 2-wonder women team that made up our department. Due to this, we worked on many projects together. One of the projects that stands out in my mind is chiefly due to one of the biggest lessons she taught me. After working months, we had 2 Go Lives which, based on multiple factors, were not successful. In both scenarios, BCC was a strong advocate for keeping on the Go Live track despite the fact that all the members of our client team were against it. She stood up, before Executives, for what she believed in and passionately declared: “Tear the labels off! Don’t roll back!” (leave no room for recourse). Her voice shook but she was adamant about what she believed in.

Being the only one in a crowd with a differing opinion is not hard. Being brave enough to stand up and state it, is. Even if my voice, legs and hands shakes and my palms become #1 in the Sweat Generation Competition, if I feel strongly about it, I will stand up for it.

BCC had a beautiful name. Unfortunately, it was often mistaken for a man’s name by persons who did not pay attention to details. Despite her corrections, email signature and email address, people still called her the male version of her name. I always loved BCC’ response to these errors! Instead of getting upset (I’m sure she was probably annoyed in person), she responded by email and pointed out the error using a joke to soften any potentially ruffled feathers.

Her name was her brand and she would not sit by and let it be spoiled. Equally, she understood the importance of balancing her correction with humor to reduce the risk of offense or bruised egos. Giving corrections without offending is a skill that that I’ve seen few master. It’s certainly one that I would like to.

BCC taught me a thing or two about both being willing to go the extra mile and never asking a report to go the extra mile that you wouldn’t. Remember that project I mentioned before? Well, during that Go Live period, we did something that, probably a few months before, I could have never imagined doing. We operated on roughly 3-4-hours of daily sleep and spent the days and nights in meetings and walking up and down to address issues and soothe stakeholders.

Though I was sick for the entire period, I pushed because she pushed. I denied my need for sleep and rest because my manager and teammate denied her need for sleep and rest. And when she tried to make me leave or slow down, her request was in vain because I was loyal to her and our mutual cause. I was stubborn in my rationale that I would not leave her to endure on her own. She deserved my loyalty and sacrifice, even if the client didn’t. She was a lead worth following.

NUMBER 7: DON’T BE AFRAID TO ADMIT TO YOURSELF THAT YOU MADE A MISTAKE. RECTIFY IT!

In one of our chats, BCC told me a story of her job transition from a major Jamaican company into a major international company. Within the first few days, she realized that she had made a mistake. However, instead of acting on it, she stayed in the position for 2 years.

When I changed jobs in June 2019, within a month I had misgivings. By the month and a half mark, I was certain. This was not the place I was meant to be at for long despite the high salary and the work-from-home benefits that gave me back my life. On top of that, I couldn’t get BCC’ story out of my head. I knew I had to take action. At that point, I seriously started considering another company who had been seriously headhunting me, despite the fact that I had initially turned them down before I made the switch in June 2019. Getting BCC to agree with a lot of my strange ideas was not always the easiest thing. I generally A-Z planned my requests to ensure that she gave me a yes. This meant that I would probably time it to catch her during our happy coffee time or ask via email and get a “no” and then reply with a total outline of my rationale. Those would be some long-ass emails 😂. The thing is, no matter the length, she always read and responded, even if the matter was outside her hands. Sometimes, I would also space out the timing between the re-requests or just make the request via a different medium. Yes, I was that annoying! Other times, we learned to agree to disagree or, if it wasn’t important, I learned to let it go instead of fight.

As our time together increased, I noticed a curious thing. Sometimes she immediately gave me a “no”. In the middle of my mental mutiny and gear-up for round 2, I would then get a “yes”, no further intervention required on my part. Through these experiences, I learned the importance of giving others the space and time to evaluate their decision-making options. That space could easily become the crux on which a “no” becomes a “yes”. 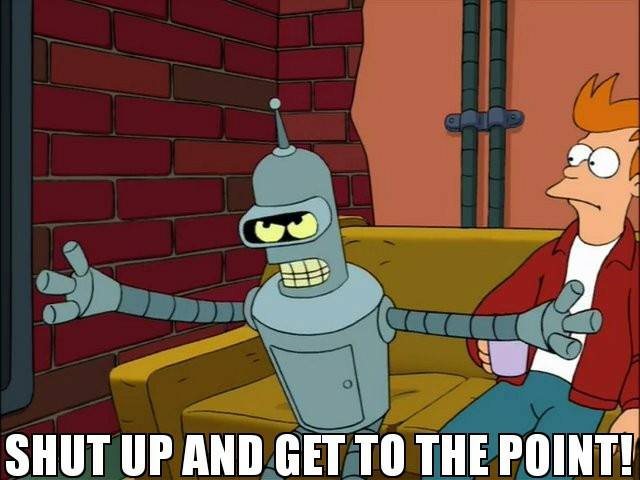 A couple months after BCC became my boss, we had a discussion about how she could better assist me. My request was for a mentor. Her response was to request that I quit focusing on getting a mentor the traditional way. Instead she asked that I focused on being the version of myself that someone would see and desire to mentor. At the time I brushed her response off as hogwash and decided to find one myself. Later, I got it! As I strove to excel, she saw me. She could often be heard saying that I reminded her of her younger self. She saw something in me that she found worthy of all the advice and tips and tricks that she had learned over the course of her life. 2 and a half years was certainly not enough time for her to impart it all! She also inspired me to become the “Unofficial Mentor” to many.

So my advice to any professional is the same one BCC gave me that day. Quit hunting for a mentor. Just be. Be the best you can be.