These are the nations that the Lord left in the land to test those Israelites who had not experienced the wars of Canaan. He did this to teach warfare to generations of Israelites who had no experience in battle. These are the nations: the Philistines (those living under the five Philistine rulers), all the Canaanites, the Sidonians, and the Hivites living in the mountains of Lebanon from Mount Baal-hermon to Lebo-hamath. These people were left to test the Israelites—to see whether they would obey the commands the Lord had given to their ancestors through Moses.

There is a reason for everything that God does. This includes the thorns He allows to remain in your Promised Land.

In the case of the Israelites, God did not totally drive out all the Canaanites, from the Promised Land, because He left a means of testing His people to see if they would execute His commands without His intervention. Sadly, they failed when they chose to live among some to the Canaanites and make others slaves. Their actions were the opposite of God’s instructions to break down the altars of their enemies and wipe them out fully. God also planned for the future generation of Israelites. Without knowledge of warfare, they would not have been prepared for future enemies and battles. He refrained from wiping out all the Canaanites, in one go, so that that generation would have the opportunity to become skilled at warfare through Him using them to drive out their enemies.

Has God brought you into your Promised Land but left you with a couple thorns? Have faith that He has His reasons and has not forsaken you. Keep to the path that He has set you on and do not forsake His commands. 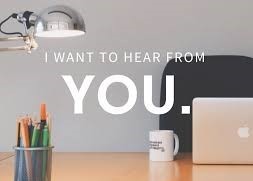